Complications of pregnancy in women with polycystic ovarian syndrome (PCOS) are on the forefront of research. This study reviews the various complications that are thought to be associated with PCOS, which are early pregnancy loss (EPL), gestational diabetes (GDM), pregnancy-induced hypertension (PIH), and small-for-gestational age (SGA). The authors break down each condition individually, and look at the probability of PCOS being the “cause,” or the condition being a complication because of the side-effects from PCOS, namely obesity, hyperinsulinemia, hypersecretion of luteinizing hormone (LH), and endometrial dysfunction. Treatment modes were also reviewed and will be discussed in this summary.

The prevalence of early pregnancy loss or miscarriage is likely increased in women with PCOS but it is uncertain. Thoughts on this matter include: women with PCOS often need fertility intervention, they receive high scrutiny due to increased EPL, have a high prevalence of obesity, PCOS is a heterogeneous condition and could have multiple causes for EPL, and there are various definitions of PCOS.

Metformin Metformin, a medication used for diabetics, has been shown to have some weight loss effect in some patients with PCOS. The FDA has given a safe seal of approval, or category B classification, for the use of metformin in pregnancy. Furthermore, along with a reduced rate of EPL, preliminary data points to a reduction in gestational diabetes, pre-eclampsia, and macrosomia (large baby weight) for women with PCOS. Effect on infant development long-term is unknown.

Weight loss The dangers of obesity include the dangers of insulin resistance and a higher risk of EPL. Women with PCOS tend to suffer from obesity and it is thought that weight loss before conception will yield more successful spontaneous conceptions and less EPL with those pregnancies. Data shows that women who lost weight resumed ovulation and achieved pregnancy, with a statistically low EPL rate compared with those women who didn’t lose weight before pregnancy.

Reduction of LH Concentrations Elevated concentrations of LH in the early to mid-follicular phase have been associated with an increased risk of miscarriage and EPL. Data has shown that when suppressing LH concentrations there is a decrease in EPL. More research is needed on this mode.

The information connecting PCOS to the cause of PIH is conflicting in various studies including the lack of standardized definition of PCOS.

There is some connection of SGA and PCOS. It is thought that insulin resistance resulting in impaired insulin –mediated growth is to blame, thus yielding a higher prevalence of SGA.

In summary, these complications reveal themselves in women with PCOS. Effective treatments stand to be metformin before and during pregnancy and weight loss before pregnancy to reduce the need of induced ovulation procedures.

PCOS is a condition that deserves the attention of further studies to determine the safety of various treatment options. It is imperative that we find options for successful and healthy pregnancies for these women who have major obstacles in getting pregnant and bearing children. Treatment with metformin is already being used with success for women with insulin resistant PCOS. This is good news and should be viewed as valuable data towards care in pregnancy for women with PCOS. 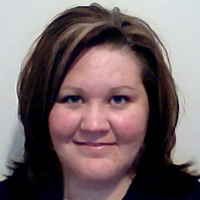