Ashwagandha is a popular herb used for millennia in Ayurveda by both men and women for many reasons. It is an adaptogen and tonic herb, meaning that it can improve your sense of wellbeing. It has recently been studied in middle-aged men to see if it can improve male hormone levels and feelings of fatigue so common in this population. Men, you may want to boost your testosterone levels with Ashwagandha.

The scientific name for Ashwagandha is Withania somnifera. It is also referred to as Indian winter cherry or Indian ginseng and is highly regarded in Ayurvedic medicine as a Rasayana, which means “rejuvenator”. Many providers of Ayurveda claim that it enhances youthfulness and improves mental vigor in older persons who take it, although it is often given as a tonic to children because it enhances the body’s reaction to stress.

Uses for Ashwagandha in Ayurveda include the following:

The study, published in 2019 in the American Journal of Men’s Health, wanted to look at whether or not Ashwagandha could improve subjective complaints of fatigue, as well as the salivary hormone levels of cortisol, DHEA, and testosterone in a group of about 60 men over a sixteen-week period of time. This was a randomized, double-blind crossover study, meaning that no one knew who got what treatment until the end of the study. You want to see this in a study because it means there will be no room for bias.

The study was a crossover study. Half of the participants took a placebo drug for 8 weeks, followed by Ashwagandha for 8 weeks, while the other half first took Ashwagandha and then the placebo. The levels of fatigue were measured over time, while the saliva was checked for cortisol, estradiol, DHEA, and testosterone levels. All of the participants were between 40 and 70 years of age, and all were somewhat overweight.

The idea behind the study: If Ashwagandha could manage fatigue and increase male hormone levels, it could potentially improve both the quality of life and male sexual performance in this population. There is a natural tendency to have reduced testosterone levels with advanced age in men, which some believe has an effect on male sexual performance and enjoyment in sex.

Results of the Study

The men in the study took a 17-item self-report questionnaire called the Aging Males’ Symptoms questionnaire that looked at sexual symptoms, somatic symptoms, and psychological symptoms. They also took the short form of the Profile of Mood States questionnaire, which looked at fatigue and vigor. Not surprisingly, both those men who took the placebo and those that took the Ashwagandha had improvements in their scores.

Why is this not surprising? Subjective measures of things like symptoms and mood are highly responsive to what’s called the “placebo effect”. It means that it would take a great deal of subjective change to really see a difference between the actual herbal preparation and the placebo in this type of study.

The researchers also measured the morning levels of salivary testosterone, DHEA, estradiol, and cortisol. Salivary testing closely resembles the actual blood levels and is much simpler to do than blood testing. The results of these types of tests are “objective”, meaning that they do not depend on the placebo effect and generally can be trusted as being an accurate representation of what is going on.

The tests revealed that there were no statistically significant differences between the salivary estradiol levels and cortisol levels between the two groups. There were, however, differences that were significant in the salivary testosterone and DHEA levels. There was a 15% improvement in salivary testosterone levels and an 18% improvement in salivary DHEA levels among those who took ashwagandha versus a placebo after 8 weeks of taking the supplement.

The effect only lasts for the time the men took the supplement. That is, when the supplement was stopped and the placebo drug was given for an additional 8 weeks, the hormone levels reverted back to normal. The researchers noted, however, that, because low DHEA and testosterone levels are linked to reduced longevity and poorer quality of life, raising these levels has the potential to improve these aspects of an older man’s life.

What does this Mean to You?

Improved levels of DHEA and testosterone, particularly in older males, is a great thing for male sexual enjoyment and sexual performance. Men need testosterone for sexual potency, and for sperm growth and development.

This study was a good one in that it included many men, made use of a placebo drug, and was both double-blind and randomized. This means you can more than likely trust its results. If you have difficulty with sexual performance, sperm health, or reduced testosterone levels, Ashwagandha has great potential to improve these things without adverse effects.

Not only are there thousands of years of Ayurvedic experience backing the use of Ashwagandha for the aging person with fatigue and poor sexual performance, modern science has also shown this to be a reasonable supplement to use. Make sure you use a quality supplement with standardized withanolide alkaloids in it and that you take it regularly. If you want to know if it is improving your testosterone and DHEA levels, have your salivary hormone levels tested before and after taking it for several weeks in order to see its value for yourself. 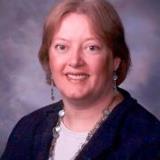